The construction of Lillénium – one of the largest shopping centres of the European Metropolis of Lille – marked an important step in the process of revitalisation of rue du Faubourg des Postes.

In order to reinforce the influence of Lillénium and pursue the revitalisation of rue du Faubourg des Postes, Projection proposes a monumental artistic installation. 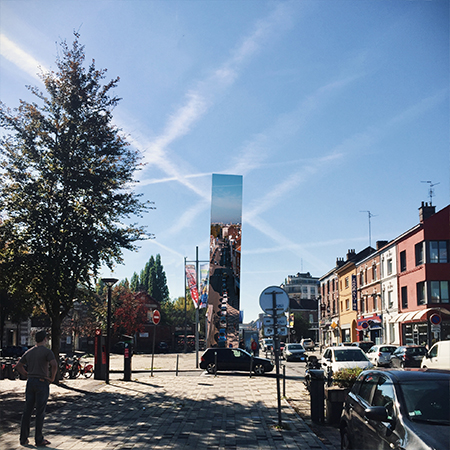 Passers-by will thus be able to observe rue du Faubourg des Postes from the forecourt of Lillénium – which would be invisible if not for the mirrored device – while those on Martin Luther King Square will be able to see the city, thus connecting the area to the rest of Lille.

In this way, the two structures composing Projection delimit a territory, reinforcing its identity and its ties to the city. 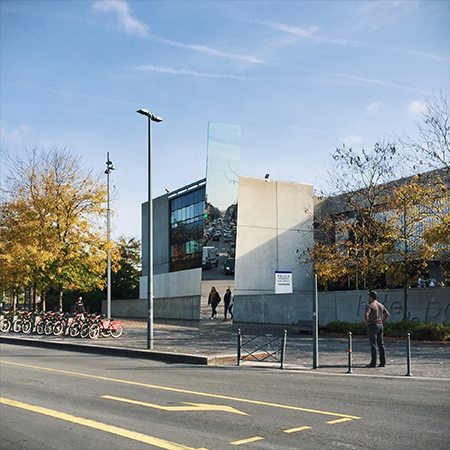